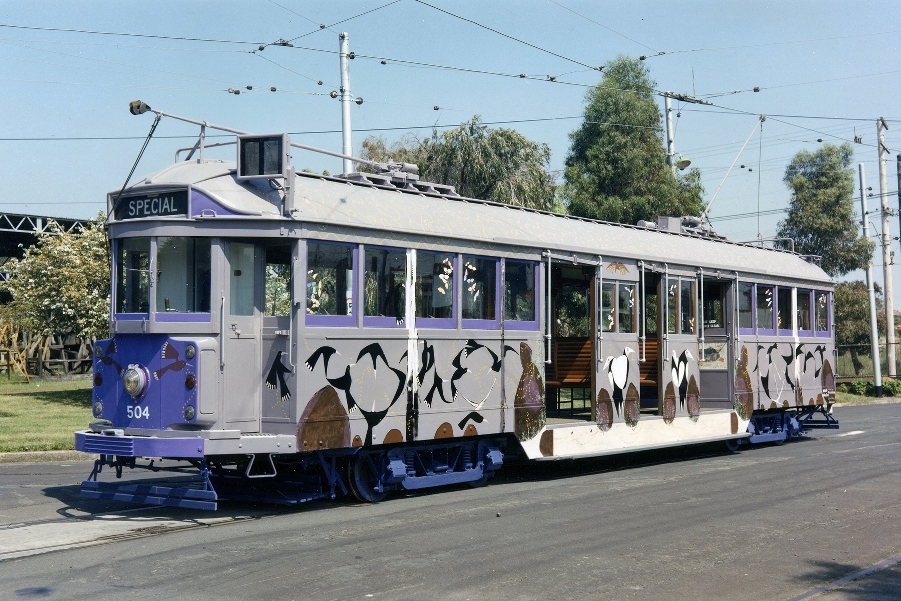 No 504 is a significant item within the Museum's collection. The tram was part of the Transporting Art project suggested by the artist Clifton Pugh (1924-1990) in January 1978 to the Lord Mayor of Melbourne Cr. Irvin Rockman. The concept was enthusiastically supported by Victorian Premier Rupert Hamer. Clifton Pugh's tram was the second tram to appear. Described by the artist as "The apostle birds in flight, as if the tram has run into a group of them and they're flying along the sides. Then I found the route was to be through Collingwood and Hawthorn football territory and one cannot be one-eyed in that worlds, there are a magpie and a hawk on each side." The tram ran in service until 1986 and was then retained by the State and stored until 2015 when it was transported to the Museum's Offsite store. Formal ownership was transferred to the Museum during 2019. Conservation planning for the tram's return to service and the restoration of the artwork is under way. 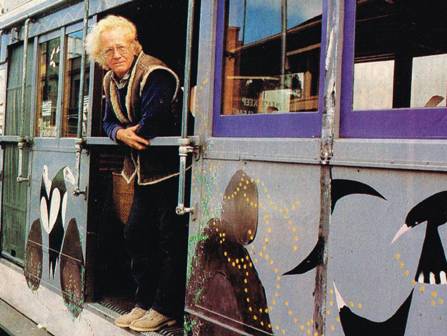 Clifton Pugh on board his tram. Photo from the Diners Club Signature Magazine April/May 1982,
from an article titled Moving Masterpieces. Photo courtesy of the Melbourne Tram Museum. 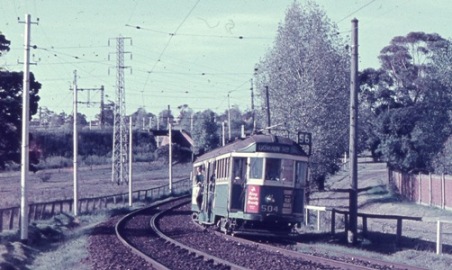 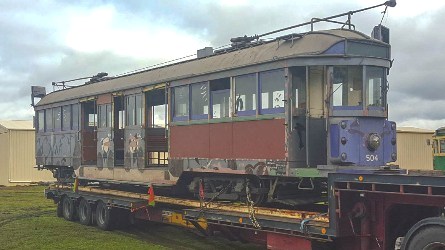 The tram just prior to be being offloaded at the Museum's offsite store. The photo shows the missing artwork on the side panel. Photo Alastair Reither 3/6/2015.

Technical Details - as built or modified by the Melbourne and Metropolitan Tramways Board.

Folow this link to the detailed Statement of Signifance.