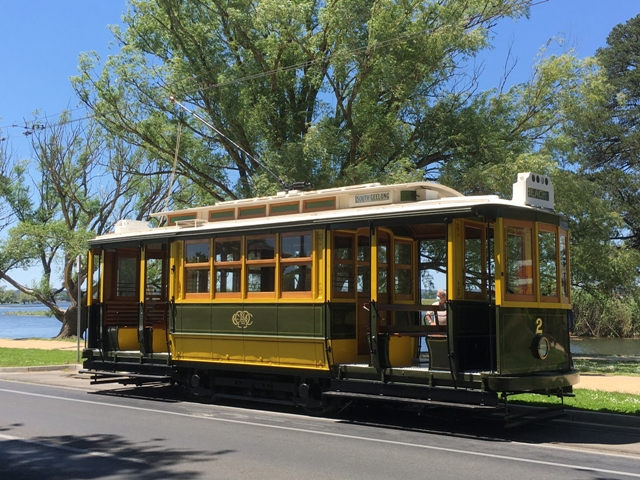 The tramcar was converted back to the open ended style that lasted until 1935 and is in what the donor of the tram deduced to be the Melbourne Electric Supply Company's colour scheme. The tram is fitted with a former Brussels Tramway's version of a Brill 21E four-wheel truck. Over 400 of these were built in the 1930's for the "Les Tramways Bruxellois" in Belgium. The truck was acquired through the Sydney Tramway Museum. Bendigo Tramways undertook the electrical wiring and air piping on the tram. It was commissioned in Bendigo before the tram was transported to Ballarat where the final touches have been made. 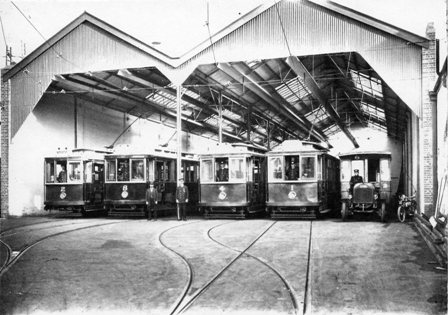 No. 2 is on the far left of this line up of trams at the depot, 1915.
Photo Geelong Historical Society. 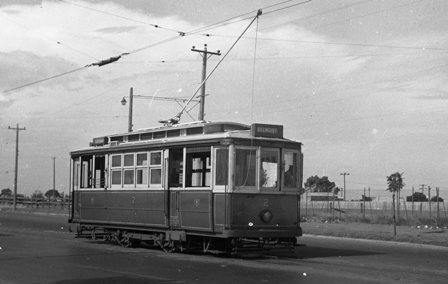